Despite being one of Europe's largest and busiest ports, Bilbao succeeded in taking advantage of its industrial past and make the most of some former wastelands. Trendy bars, museums and very modern architecture, futuristic footbridges will mark your run. And of course you will explore the narrow streets and colorful neighborhood of the very charming Old Town, Casco Viejo.

*Alternative route : the short route doesn't go in the south part along the river.
You'll be able to select between different distances during your run.
NB : if you are unsure, check your position on the map and the track. 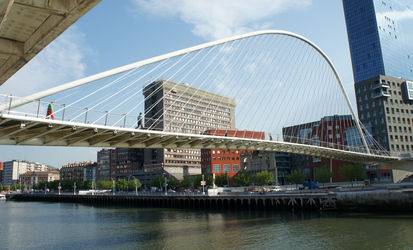 This route takes you to the Jet...

Explore this amazing baroque town, where Mozart lived 250 years ago, its Old Town and the foot of a 900 years old for...